The Harmonync is a Dynamic Harmonics Calculator initially implemented by me, Walter Mantovani, using Pure Data Extended. It was born as a study and research tool for musicians and overtone singers. But as well as artistic purposes, it may also be useful for scientific purposes.

A Dynamic Harmonic Calculator is a platform that produces a fundamental-variable, user-controlled, Harmonic Series-based tone-scale. The platform allows the user to play the tones of the Harmonic Series of whatever fundamental tone or pitch. It can re-tune MIDI instruments and, eventually, Controlled Voltage devices.

In other words, a DHC is an algorithm that allows the user, or the musician, to play the tones of a harmonic series and to change its fundamental tone in real-time; just like the overtone singers do with the so-called “polyphonic overtone singing” technique.

The idea is to play a fundamental-variable harmonic series on electronic and electro-acoustical instruments, retuned via MIDI and in real-time. 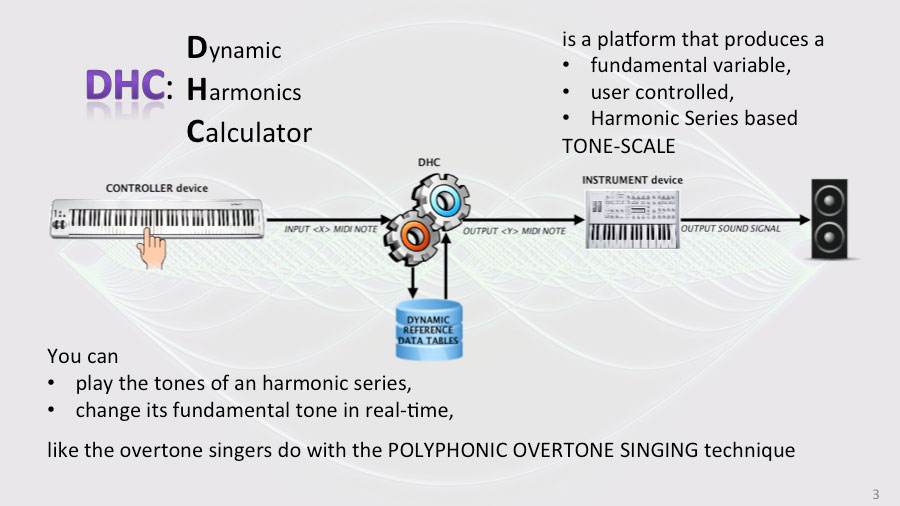 So, I started the Harmonync Project to implement a DHC.

The concept of the Dynamic Harmonics Calculator is a Public Domain idea.

Harmonync is free software and it is distributed under the Affero General Public License v.3 (or AGPLv3). 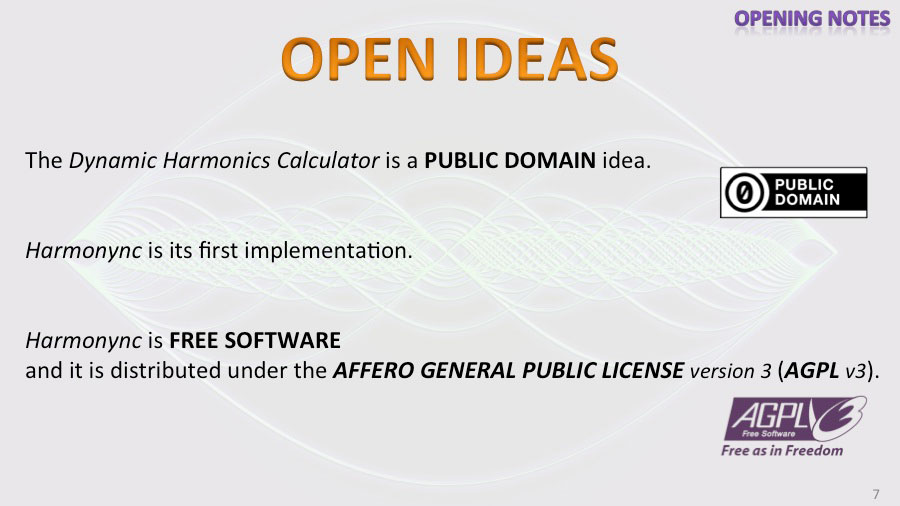 Here is a brief explanation of the functioning of the Harmonync and, in general, of a DHC: 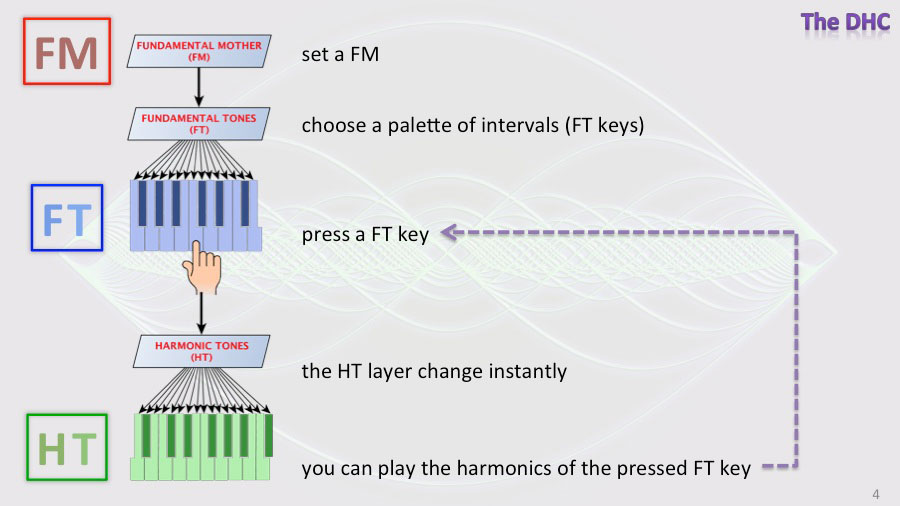 We may represent the functioning of the Harmonync, with the default settings, in this way: 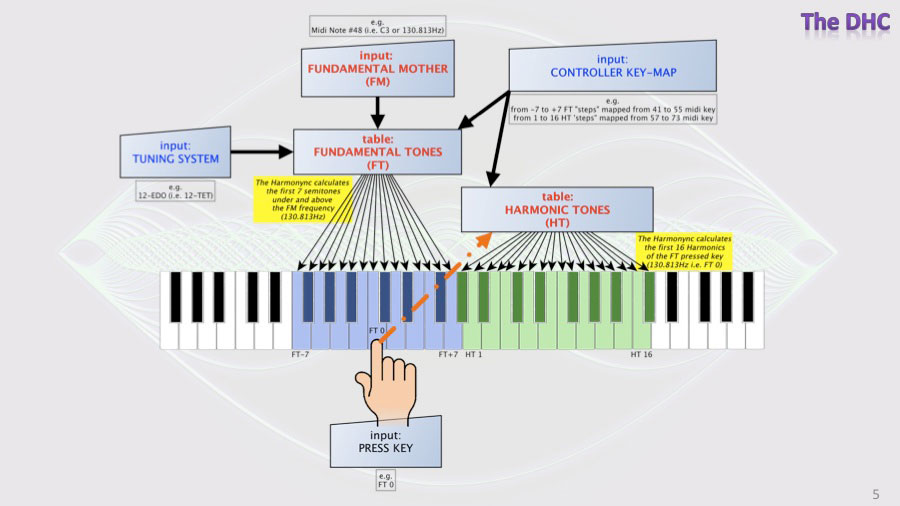 Settings and default values are explained in the “Settings Overview” part.

I’m very sorry but, at this moment, the Harmonync is a prototype born for my personal use. And I’m not a professional coder. I am much better as a software analyst and systems engineer. I started with no skills in PD framework but it has a very short learning-curve so, in a few months, I produced this patch but I have not been able to develop it for lack of time, part of which is used in the drafting of a more comprehensive documentation. 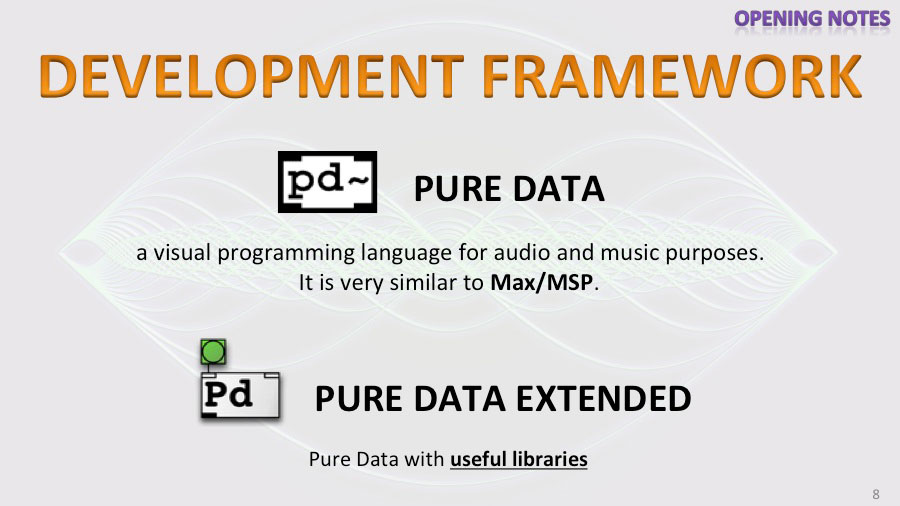 PD stands for Pure Data, a visual programming language for audio and music purposes. It is very, very similar to Max MSP.

The current implementation in Pure Data is intended to quickly draw the logic of the algorithm and to be used as a sort of common reference for the re-implementation of a DHC in other programming languages that are better suited to the creation of embedded systems with higher efficiency, accuracy, and stability. 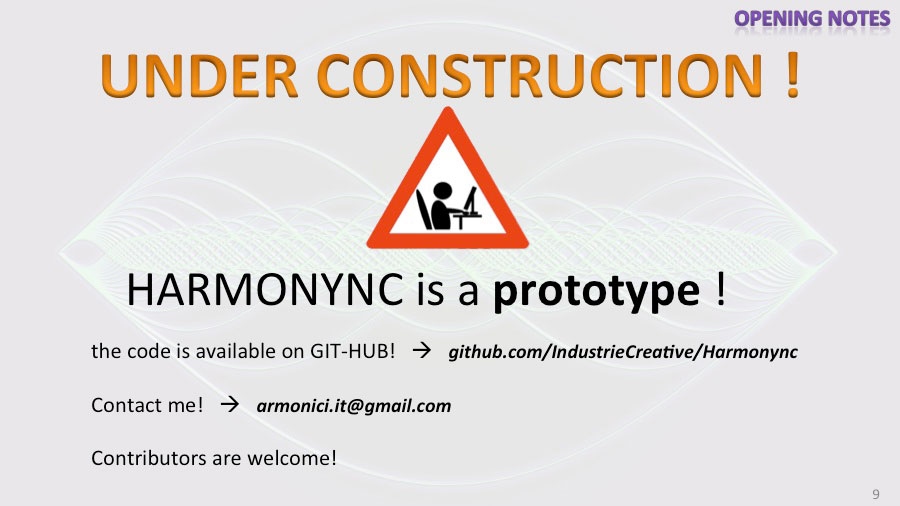 So… if someone wants to help me improving the software, the code is available on GIT-HUB.